Leader of the Koopa Troop (formerly)

Robert Bernard Bowser Sr. (also known as Bowser) is the central antagonist and one of the main characters in SuperMarioLogan. Despite being a villain, he is also an anti-hero.

Bowser was born in February 21, so his birth sign is Piscies. He was raised by his human mother, Margaret and a military soldier. When he was a young child, Margaret, who raised him along with Mario and Luigi, always neglected him and locked him in a cage, so this is why he doesn't care about Junior. In The Fishing Trip!, it is implied that his father also never cared about him.

In 1985, he attended a high school, where he had a black mustache and an orange afro wig. He fell in love with girl named Peach, but she became Mario's girlfriend, which made him furious. On graduation day, his father gave him a "Clown Car" before he left for the Cold War. In Bowser Junior's Lemonade Stand!, it is implied that he formerly worked as a male prostitute when he was young. He married a woman named Sheila Perkins and got a divorce with her. In Super Bowl Commercials in the Bowser Juice Xtreme! commercial, he mentions that he married a woman named Sharon, who left him for a black guy.

Bowser is Junior's abusive father and Mario's arch-enemy who likes to watch Charleyyy and Friends.

He is also the main antagonist of Mario and Luigi's Stupid and Dumb Adventures, and a minor antagonist in a couple of videos.

Despite being abusive towards his son, Junior, he actually cares for him and just wants what is best for his son.

He has a completely strained relationship with his slave, Chef Pee Pee and yells at him often. He frequently gives Chef Pee Pee only three minutes to cook or he would be punished in any way possible. Bowser is shown to not understand Chef Pee Pee's feelings, such as in "Chef Pee Pee Quits Part 1" when Bowser and his son think that Chef Pee Pee is having an attitude, but he was mad because of the way Bowser and Bowser Junior treat him day-by-day, Bowser accuses him of yelling for no reason at all. Bowser is shown to be clueless, such as in Chef Pee Pee Quits Part 1 he sees only a few pieces of trash in one of the trash bins and mistakingly thinks that it's overflowing and throws cereal boxes and some cans of soup into the trash and demands Chef Pee-Pee to take out the trash, much to his frustration.

Bowser has been nice to his son, Bowser Junior some points in the series. In Bowser Junior's Macaroni, he spoils his son by petting his head and calls him "precious angel". In "The Fishing Trip" Bowser actually obtains some affection for his son and decides to spend some father-son time with him by going fishing on a boat.

Bowser feels proud of his son in Bowser Junior's Summer Vacation after Junior passed summer-school by killing a fly which was a requirement set-forth by Jackie Chu, the teacher. He allows Junior to go out with his friends and demands Chef Pee-Pee (who got arrested in Part 7 of the Summer School series and then gets bailed out) to take them to Chuck E-Cheese and Toys R' Us, much to his irritation.

In Bowser Junior Goes to Military School Part 2, Bowser calls Brooklyn T. Guy over to his apartment and shows the mess Junior has made (Which he had to do, because Joseph and Cody ordered him to) and Brooklyn T. Guy says that when he sees Junior, he would do severe things to him. Bowser finally realizes that Junior is what he is. Then, he tells Brooklyn T. Guy that he doesn't want them touching his son and says he no longer needs their services and thinks that they obviously couldn't "fix" his son and decides to fix him with "love" instead.

In Mario and Bowser's Stupid and Crazy Adventures, Bowser was racist when he called Black Yoshi blackey after Black Yoshi said that he will break Bowser's neck if he touches him.

Despite being Mario's enemy, Bowser seems to be nice to him sometimes. 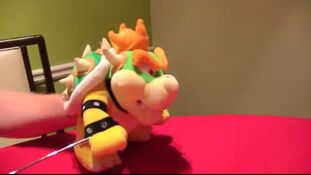 This puppet version of Bowser is a new version of the original Bowser in SuperMarioLogan who appears as the main antagonist of The Perfect Plan. He also appears in Bowser Junior's Playtime 2 in a post-video clip.

Bowser is the first SML character to become a puppet.

Appearances that are not part of the SuperMarioLogan series

Bowser appears as a minor character in Puppet Pals videos.

Bowser also appears as a character in A Project Guy. 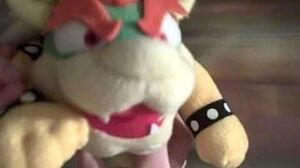 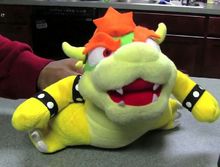 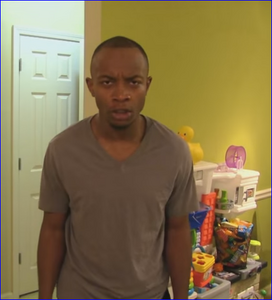 Bowser as a human in Bowser Junior Orders A Pizza!
Add a photo to this gallery

Retrieved from "https://villainsfanon.fandom.com/wiki/Bowser_(SuperMarioLogan)?oldid=148059"
Community content is available under CC-BY-SA unless otherwise noted.