Various depending on video.

Robert Bernard Bowser Junior (also known as Junior) is one of the main characters in SuperMarioLogan. He is Bowser's son and Jeffy, Joseph and Cody's best friend.

Despite being one of the protagonists, he did multiple villainous acts.

He is mostly voiced by Logan Thirtyacre, but he was also voiced by Chilly Jimenez in Jeffy's BIG Easter!.

He first appeared in Mario and Luigi's stupid and dumb adventures episode 6 (season 2) as the main antagonist. After that, Bowser Junior did not appear in the SML series until Bowser Juice Informercial, which was the first time he spoke.

He also appears in a real life series called A Project Guy and then he appeared in Puppet Pals videos.

Despite acting stupid and immature, Junior became smarter over the next few years, but still acts stupid sometimes and he became more mature.

Despite being occasionally antagonistic, Junior has done several good things, and occasionally feels sorry for his actions.

Bowser Junior was born on late September, 2008 to Bowser (June 16 in Bowser Junior's Birthday Cake). However, in SuperPowers 2, it is implied that Bowser adopted him. When he was a baby, Bowser snatched his pacifier, that he was sucking on, out of his mouth. Junior started crying and Bowser forced him to chew on cotton balls and told him not to swallow them or else he would choke. This caused Junior to have Sidonglobophobia (fear of cotten balls).

In Bowser Junior's Allergy!, it's revealed that Junior has Aguagenic Urticaria (although Junior has been on several water places before like Splash Mountain at Walt Disney World). In the end, when Cody tells him that his body is 60% made of water, Junior explodes into water.

11-17. 6 Cody Clones, including Banana Cody. Shot by laservision, causing them to explode into popcorn. 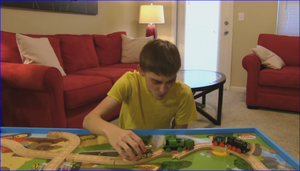 Junior as a human in Bowser Junior Orders A Pizza! 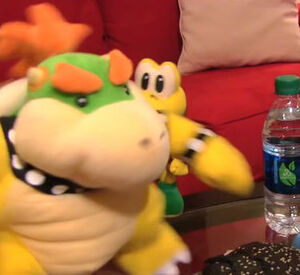 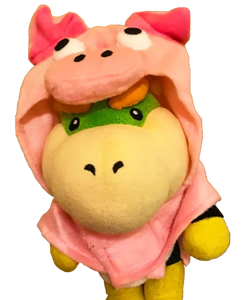 Junior in a pig costume 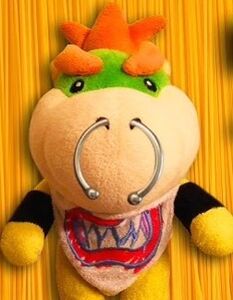 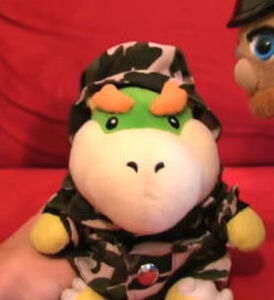 Junior in a military outfit 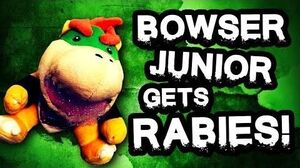 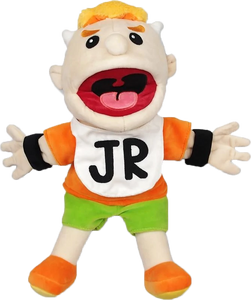 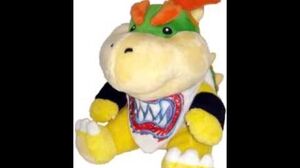 SML Bowser Junior's Theme
Add a photo to this gallery

Retrieved from "https://villainsfanon.fandom.com/wiki/Bowser_Junior_(SuperMarioLogan)?oldid=149907"
Community content is available under CC-BY-SA unless otherwise noted.