Bubbles is one of the villains in SuperMarioLogan. He is a prisoner in Officer Goodman's jail.

Bubbles also appears as a minor villain in Puppet Pals.

Despite being a prisoner, Bubbles does not seem to get defeated.

He has not physically appeared in an SML video since 2014. However, he was mentioned by Joseph in Bowser Junior's Big Vacation!.

He was also possibly mentioned in Jeffy The Rapper! as Jeffy said that he was raped after he came out of prison.

It is unknown if Bubbles will ever return in an SML video again, but it was confirmed by Logan that he will appear in The SuperMarioLogan Movie!, but he will be portrayed as a Wario plush.

Bubbles' last name is not confirmed, but some fans claim that his last name was Dunlop, at least when he was portrayed by a Wario plush.

Bubbles is an evil and perverted rapist who seems to find his way to escape from jail.

Despite being a criminal, Bubbles hates drugs as he mentioned it in Bowser Junior's Summer School even though drugs are illegal.

He isn't afraid to lie to achieve his rape, as he occasionally manipulates Toad. He is also insane and crazy, as he is occasionally shown to go crazy and have a bubbly saliva out of his mouth a couple of times.

Bubbles is a tall and muscular man with wide eyes.

He sometimes wears a white tank top and short pants. 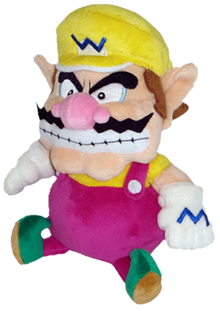 Bubbles is an antagonist of the early-generation SML series Mario and Luigi's stupid and dumb adventures. He raped a lot of inmates, including Mario.

This version of Bubbles was portrayed by Wario.

He was voiced by Zeke. 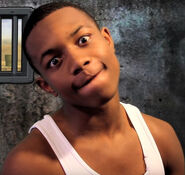 Retrieved from "https://villainsfanon.fandom.com/wiki/Bubbles_(SuperMarioLogan)?oldid=132139"
Community content is available under CC-BY-SA unless otherwise noted.