Bully Bill is the tertiary antagonist of the SuperMarioLogan series. He is Jeffy's archenemy.

He is voiced by Chris Netherton (who is also called Pablo), who is also the voice actor of many characters such as Brooklyn T. Guy, Cody, Craig the Devil, the Loan Dolphin, Does Bad Things Guy, Nancy (despite being a female) and Mr. Winkle.

Bully Bill got abused by his parents as a kid. He was named Bully because he is a bully.

It is unknown who his mother is as she was never seen in SML videos unlike his father. It is possible that his mother died when Bill was younger or she had a divorce with Bill's father.

Bully Bill has a very rough behaviour and likes to be a bully towards other kids or students.

He can also be a pest towards Jeffy due to disturbing him, annoying him and throwing paper balls at him while being a bully causing Jeffy to beat him up.

Despite being a bully, Bully Bill reformed in Jeffy Gets Bullied! as he says sorry to Jeffy for being a bully. However, despite apologizing to Jeffy, he returned to being a bully in future videos where he comes back to being a bully towards Jeffy. It is unknown whether it was a sincere apology or a fake apology.

Bill is mean to everyone in his class. But, for some reason, he is not mean to Patrick.

Role as a character

Bully Bill is currently the main antagonist of the Days of School Series and its sequel the Third Grade series.

When Bully Bill appears in an SML video, he occasionally has a minor role in whatever video he appears in.

He also appears as the main antagonist of Jeffy Gets Bullied!.

Bully Bill has another major role, which was in Jeffy Gets Expelled!, and appeared as the main antagonist once again.

He also appeared as a minor antagonist in Bob the Builder season 3 in Puppet Pals. 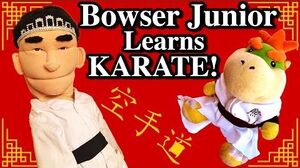 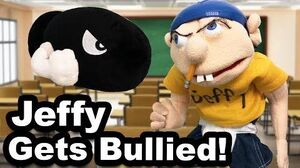 SML Movie Jeffy Gets Bullied!
When he starts picking on Jeffy
Add a photo to this gallery

Retrieved from "https://villainsfanon.fandom.com/wiki/Bully_Bill?oldid=138512"
Community content is available under CC-BY-SA unless otherwise noted.