On & Off Juvenile Delinquent

Caillou is a major character in GoAnimate/Vyond videos, sometimes appearing as a villain, and sometimes a hero.

However, he has good intentions in some GoAnimate videos.

Caillou is a bald kid with a yellow shirt with red stripes, blue shorts, white socks and red shoes. 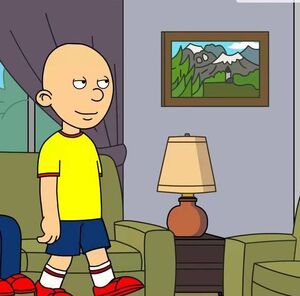 Add a photo to this gallery
Retrieved from "https://villainsfanon.fandom.com/wiki/Caillou_(GoAnimate)?oldid=108180"
Community content is available under CC-BY-SA unless otherwise noted.