The boss in Hell

Teach Bowser how to go back to being evil

Craig the Devil (also known as Craig or The Devil) is a villain and sometimes an anti-hero in SuperMarioLogan. He first appears in Evil Bowser when Bowser performs a demonic ritual to summon Craig.

Craig also appears as a hallucination in the non-canon SuperLuigiLogan video Schizophrenia Case Study where he tells a woman named Maria Gonzalez, who suffers from schizophrenia to cut her wrist and put her son Felipe in the microwave.

He is voiced by Chris Netherton (also known as Pablo Sanchez), who also voiced Nancy (despite being a female), Does Bad Things Guy, Brooklyn T. Guy, Bully Bill, The Loan Dolphin, Mr. Winkle and Greg.

Craig is evil and he is obsessed with taking souls.

Despite being evil, Craig is not completely evil since he tells Black Yoshi to stop being a criminal, he gives Bowser Junior consequences for killing Chef Pee Pee which caused Chef Pee Pee to turn evil and he stopped the Evil Chef Pee Pee from killing Junior.

Craig also appeared in a few Puppet Pals videos such as Furious Bob and the gang have had enough, and Puppet Pals The Movie when he revived Furious Bob after he was summoned by Purple Evil.

Craig appeared again in Evil Mickey Mouse tries to take over the world when he appeared at DisneyLand where he introduced himself to Mickey Mouse's evil imposter, Michael Mouse, and convinced Michael that he is not supposed to be evil, and Craig explains to the Fake Mickey Mouse that he is the devil and the evil one. The devil later takes Michael Mouse away, and takes him to Hell.  He also appeared in A silent episode of Puppet Pals and Michael Mouse escapes from Hell.

The Ghost of Grabber feels like going back into his body, so he could throw people off cliffs again. However, Craig tells Grabber that he is dead forever. Grabber denies it and tells Craig to bleeehhh himself, but Craig goes into Grabber's body to be alive again, and Grabber did not like it happening. Grabber tells the Devil to get out of his body, and the devil accepts it, and gives Grabber's body back to Grabber.

He, along with Furious Bob the Builder, Grabber, Michael Mouse and French Italian Shrek were all defeated by getting trapped into a black sheet that had candy on it. Craig automatically escaped while the others stayed trapped. 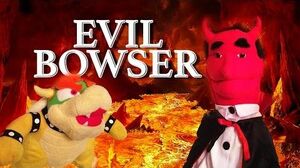 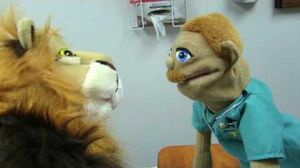 Retrieved from "https://villainsfanon.fandom.com/wiki/Craig_the_Devil?oldid=128810"
Community content is available under CC-BY-SA unless otherwise noted.