Leader of the Evil People Group

Become the most feared and famous Roblox myth (failed so far).

Demon Boy is a recurring antagonist on the Flamingo YouTube channel, serving as one of Albert's accounts. The character himself is a malicious, yet idiotic entity that tries to become the biggest myth on Roblox.

Demon Boy is an idiot through and through, he's constantly failing at trying to become the scariest Roblox myth and puts very little effort into making himself appear frightening, both in his character and his own game, which only had blood, trees and lava jumps, which he considered to be extremely scary. He's also incapable of his plans backfiring, as he once got close to Slender Man, expecting him to not do anything, but was proven wrong when Slender Man killed him. Demon Boy is also incredibly hypocritical, as even though he "kills killers", it still makes him a killer, and immediately retreats after being told this as to not ruin his reputation.

Demon Boy's most defining character trait is how egotistical and self-centered he is. He proclaims to be the scariest Roblox myth in almost all of his appearances, and forced G0Z, a notorious Roblox myth, to join him just to stroke his ego and show off his superiority compared to G0Z's already established infamy in the Roblox community. He is arrogant, narcissistic, rude, irritating, and considers his catchphrase to be the best quote of all time. He's also seen to get upset when he doesn't get attention from other players. He degrades and insults people in conversations, claimed to own G0Z's "Circus in the Sky", and killed a player for wearing a DenisDaily shirt and not supporting Flamingo. He even claimed that G0Z was a fraud for no reason, despite also revealing that he was a fraud after being exposed as a murderer.

Demon Boy doesn't have any supernatural abilities, but he does have some form of intelligence despite being a complete moron, as he knew how to orchestrate an entire series of event and is a qualified leader of villains. Demon Boy is also a professional in handling guns, claiming that he always keeps a gun at all times, he even has good aiming skills. On one occasion, Demon Boy gained admin commands to terrorize G0Z's game. 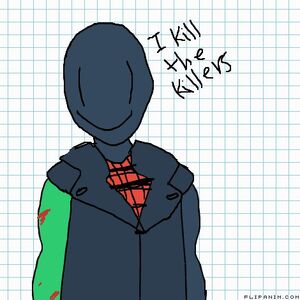 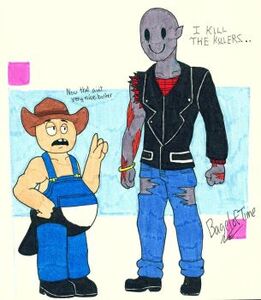 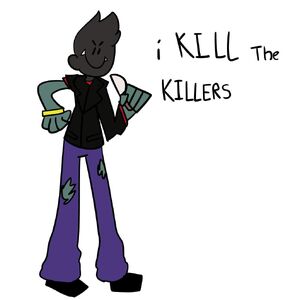