Same as Stromedy in evil way

want to take over Stromedy channel and life

Evil Stromedy or Evil Kyle Godfrey is of course, the evil twin of the channel of Stromedy by the same name, not much is know about him except that like the evil Jaystation and evil Jordan it was revealed that he want to take over Stromedy life, but he's more dangerous then Evil Jaystation, as he brought a Machete with him, Stromedy and Jay tried to hide as the evil Stromedy complain that it was unfair that Stromedy got a good life and him a bad and shabby one, meaning that in the world where all evil version live they had bad life.

Of course he finally notice Stromedy and Jay who run to hide, as Stromedy says that he will go in the basement wich Jay decide to follow him, then he sees that its two of them, The Evil Stromedy tried to convince Jay that he's the real one, but when Jay ask him in wich country they get remembering that he got trick by a doppelganger before when he was with Jordan in their house, when he sees that it take time for Stromedy to answer his question, and then he says that hey to UK (London) wich Jay knew he was not the real Stromedy when he says they never went there, making him angry as he attack, Jay run away , but he got Stromedy and drag him before says to to the Camera that he finally got Stromedy and close the door witn a evil laugh, wich Jay says to the viewers to pray for Stromedy as he want to get help, what happen to The Evil Stromedy after this still unknow for that moment.

The Evil Stromedy came back in Stromedy second Voodoo doll episode, as he was called by Stromedy again, Stromedy pretended to invite him to his new house for dinner, but he doesn't care about his dinner and still think that he will be a better Stromedy then his original. Of course, after Stromedy and his friend see him they go hide in the basement and still his hair, Stromedy then use his voodoo doll on him and make him pissed, at the end he thought that he got the Stromedy Squad by attacking Winston and steal the second Camera , but Stromedy knew its do not work like that meaning that he fail again.

The Evil Stromedy look like Stromedy, but he's more dangerous and envious then him, he's also sadist , and will stop nothing to hurt Stromedy for get what he want, he is of course a weapon user meaning that he would not hesitate to kill someone with the weapon he has, making him the most insane Doppelganger then The Evil Jaystation or other Doppelganger in all Youtube Channels. 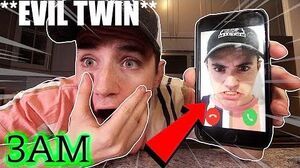 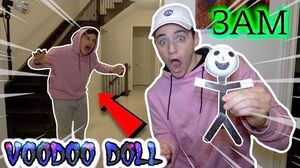 DO NOT MAKE EVIL STROMEDY TWIN VOODOO DOLL AT 3AM (I DID THIS TO HIM!) 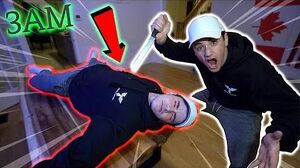 (INSANE) CUTTING OPEN MY EVIL TWIN AT 3 AM!! (YOU WON'T BELIEVE WHATS INSIDE)
Add a photo to this gallery
Retrieved from "https://villainsfanon.fandom.com/wiki/Evil_Stromedy?oldid=130461"
Community content is available under CC-BY-SA unless otherwise noted.