Guardian of the Beam (formerly)

Devouring planets.
Filling his enemies and henchmen with fear and hate.
Taking over planets.
Tormenting Maturin and his friends.
Trying to kill Maturin's loved ones.
Destroying beautiful lands and civilization.
Belittling his men.
Feeding his enemies to his children.
Watching operas and other artistic spectacles.
Causing discord and hatred.
Corrupting people against their will.

Gan is the main antagonist of the Disney Cinematic Universe. He is the evil brother of Maturin the Turtle, the leader and father of the Arachnid race and a fallen Guardian of Beam. He is a ruthless, xenophobic, truly evil god, with well over trillions of innocents having suffered at his hands. His main goal is to take over the Macroverse and kill anyone standing in his way. He views humans and mortals in general as pathetic "insects" who "poison the Macroverse" and view them as inferior to immortal beings.

He was voiced by Jeremy Irons.

Gan is motivated solely through his intense hatred of Maturin, as Maturin is the reason Gan fell from power and lost his original, much more powerful, spider-form.

After his defeat at the hands of Maturin, fall from power and being revived by his minions, Gan had a chance to move on and start a new, secluded life, but refused to, assuring that Maturin had to be killed.

Gan took a liking to Judy at first, he saw her as a powerful apprentice who he could use to take over the Macroverse. He constantly stalked her on his magic staff, watching her in combat in amazement. When they met each other, Gan patronized Judy for her skills and offered her a spot in his ranks, but Judy refused as she saw Gan as nothing more than a manipulative monster. Gan than responded by locking Judy and her friends in cells, leaving them to freeze or starve to death.

When Gan attempted to drown Judy in a pool in a destroyed hotel, he admits to not being sure why she did not join him in his forces and is seemingly bothered by her will to do good and unwillingness to do evil.

Gan is the fourth strongest Guardian in existence, and was able to surpass most of his much more experienced brothers, but he still has a few glaring weaknesses that can be exploited. 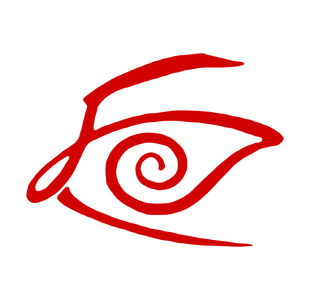 The symbol of Gan 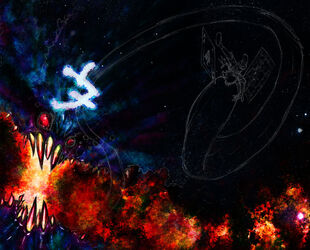 Gan in his most powerful state. 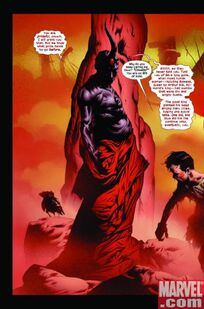 Gan in his new body, 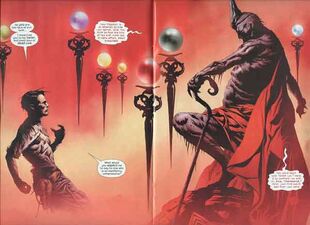 Gan in a dying planet. 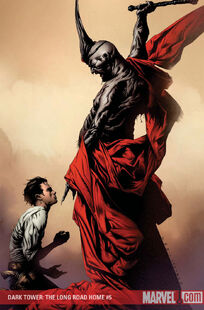 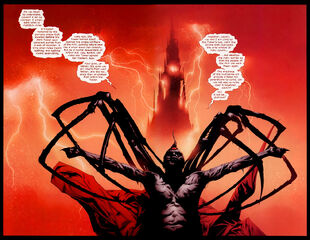 Gan showing off his spider limbs. 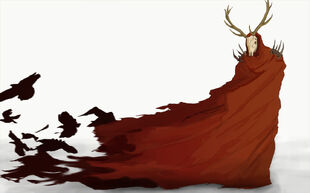 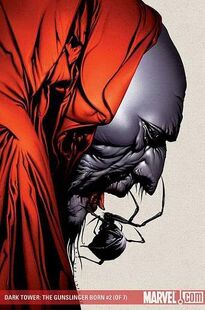 Gan with a baby Arachnid 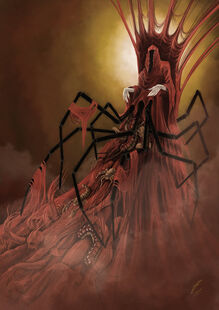 Concept art of Gan sitting on his throne, surrounded by juvenile Arachnids.
Add a photo to this gallery

Retrieved from "https://villainsfanon.fandom.com/wiki/Gan?oldid=165405"
Community content is available under CC-BY-SA unless otherwise noted.