Goodman (also known as Mr. Goodman and Badman) is a recurring character and currently the main antagonist of the SuperMarioLogan videos. He was Black Yoshi's archenemy in the older videos.

He was voiced by Zeke. Since Zeke was no longer a member of the SML cast, Goodman is currently voiced by Lance Thirtyacre.

He is also a minor character in the Puppet Pals videos.

Goodman has 2 sons named Richard and Benjamin. Richard is the oldest and Benjamin is currently a baby.

Goodman is very rich, but he acts rude and overreacting because of that. He is, in fact, one of the richest characters of the SML series along with King Strongbottom.

Goodman was calm and heroic in older SML videos as he respects people and arrests criminals.

Although Goodman became an antagonist since 2017, he does good things in a few videos such as a 2018 SML video called The Rings! where Goodman gives Mario's house back to Mario since the house was sold to The Loan Dolphin and since Mario was homeless and a 2018 SML video called The Asteroid! where he talks to Dr. Fredrick Finkleshitz that he needs to stop the asteroid from killing everyone on Earth. In older episodes where Goodman was nicer than he is now, he does not like criminals or crimes, but when he became an antagonist in newer videos, he started to like crimes, and criminals, and is implied to be a crime boss. Although Goodman currently likes criminals and crimes, he does not like working for criminals or crimes happening to him. 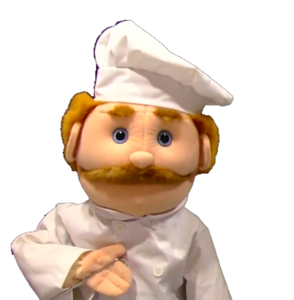 Goodman as a chef
Add a photo to this gallery

Retrieved from "https://villainsfanon.fandom.com/wiki/Goodman_(SuperMarioLogan)?oldid=122791"
Community content is available under CC-BY-SA unless otherwise noted.