Garfield, otherwise known by fans as "Gorefield", is a monstrous, gluttonous maniac and the main antagonist of the Gorefield images from r/imsorryjon.

Unlike the cynical, egotistical, but otherwise well-meaning original version of Garfield, this version of Garfield is cruel, heartless, psychotic, greedy, selfish, and disgustingly sadistic, and is obsessed with two things: lasagna and bloodshed. He doesn't care about anyone, much less Jon, and obviously takes sick pleasure in terrifying him, making sick comments and sadistic jokes at his expense whenever he feels like it. Unlike the original version, Garfield doesn't even care about his canon friends, as he brutally kills Odie, Nermal (which he coldly tells him that he never really liked him before he kills him), and even kills Jon's girlfriend Liz just to spite Jon.

Garfield turned demonic when a hostile parasite infected him and took over his body, resulting in him killing Odie just to show how sadistic and barbaric he is. Jon fearfully hides behind a TV while Garfield roams around trying to find him, tauntingly telling him that he can smell him. Meanwhile, Liz is waiting for Jon. When Garfield notices her, he teleports right at her location and kills her too. Mustering whatever courage he has, Jon comes in and shoots garfield in the eye with a shotgun, but Garfield taunts him, saying that bullets won't kill him. Jon, hopeless in stopping Garfield, then attempts to save Arlene, Garfield's canon girlfriend, and goes with the plan to save her. However, he soon runs right into Garfield in the basement, who bites and gruesomely takes his hand right off of his wrist socket. Desperate, Jon sets fire to one of the furnaces and it causes an explosion that destroys his house. Unfortunately, Garfield is still alive. Jon is then presumably killed by Garfield. However, after the explosion, it is revealed that Jon is, indeed, alive. Garfield tells Jon that he will keep him safe and that Jon completes him. He then grows wings and flies off to an unknown location. 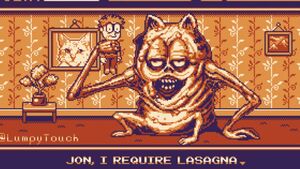 Garfield trying to find Jon while in a spider-like form. 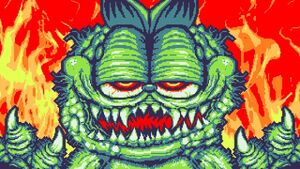 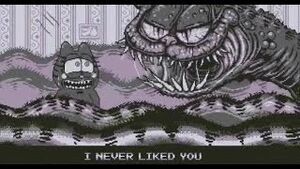 Garfield before killing Nermal in a snake-like form. 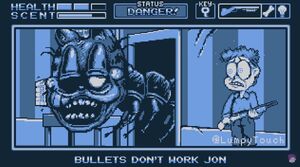 Garfield in a insect-like form. 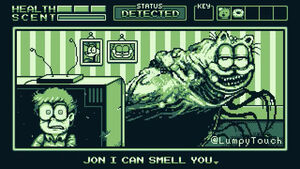 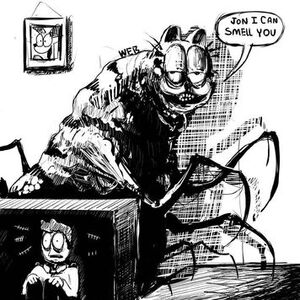 Ditto, with Jon hiding behind a TV. 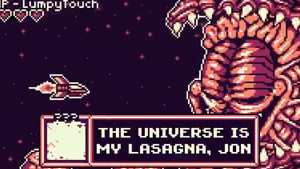 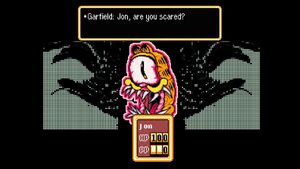 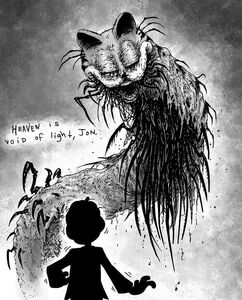 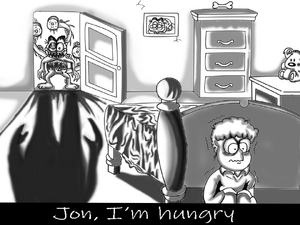 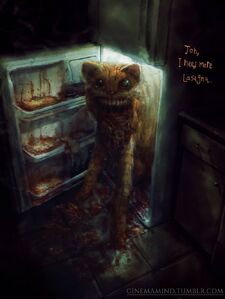 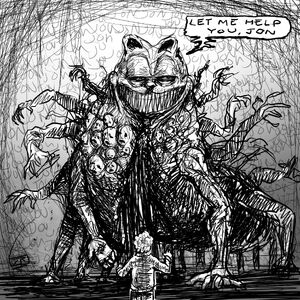 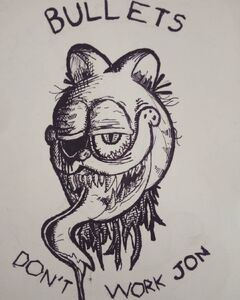 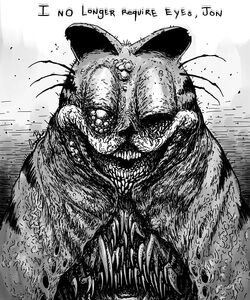 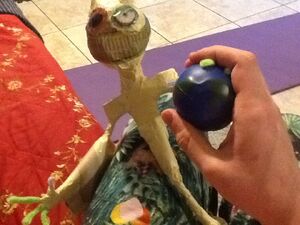 Garfield as he appears in The Maestro Among Us. 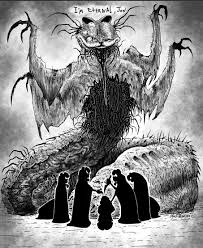 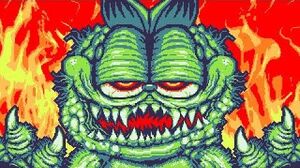 Garfield Gameboy'd COMPLETE
Add a photo to this gallery

Retrieved from "https://villainsfanon.fandom.com/wiki/Gorefield?oldid=165179"
Community content is available under CC-BY-SA unless otherwise noted.