Jeffy (also known as Jeffy Jeffy) is one of the main characters of SuperMarioLogan. He is the oldest son of Nancy and Jacques Pierre François, the older brother of Feebee and Scooter. Although he is not as nice a character as some may imagine - in fact throughout the course of the series, Jeffy appears to be very contested that everyone hated or get too annoyed: often this is due to his stupidity, but there have been times when Jeffy sometimes started off acting as an antagonist by torturing Mario while Mario gets annoyed and frustrated with him in almost every video that they appear in together, even though he could get rid of him. People have even suggested that Jeffy should go back with his real parents in a future SML video, getting rid of him permanently (a few have gone even far as to suggest killing him off).

He is also the main protagonist of the new School series and in the upcoming YouTube film The SuperMarioLogan Movie!. He was voiced by Lance Thirtyacre, Logan Thirtyacre's brother, while his chicken noise were provided by SML cast member Anthony Miller.

He is sometimes known as Jeffy François.

Jeffy is dimwitted and likes to put pencils in his nose, putting his penis inside stuff and spank his diaper. In a vlog, Logan said that Jeffy will no longer hump stuff because he got age-restricted twice. In Jeffy's Cellphone!, Jeffy calls a prostitute (which is revealed to be Britknee) while saying that his name is Mario. Britknee is seen by both Mario and Rosalina. Rosalina beats Mario up. In The first day of school, Jeffy asks Jackie Chu if he was high. Moments later, he knocked over his desk because he didn't want to do his homework.

Jeffy is shown to be an offensive stereotype of mentally disabled people because he looks like he has a deformity, he talks like he has a speech problem and he acts like he can't control several things he does. These are all characteristics of disabled people. However, Logan confirmed that Jeffy was not disabled, even though in Jeffy's Stupid Home Video!, it is confirmed that Jeffy is in fact, a mentally-disabled kid(Though this good just be for the joke).

Jeffy was born on August 21, 2004, in Paris, France to a famous French painter named Jacques Pierre François and a prostitute named Nancy at a portable toilet, alongside a twin sister named Feebee. His birth sign is Leo. His mother never cared for him, so it's a possibility if Jacques was the one who cared for him. He arrived in Pensacola, Florida as an illegal immigrant before he was forced to live in the apartments after Nancy has enough of his stupidity. In 2015, Jeffy went outside to take Feebee to ride a bicycle without her helmet (she gave it to Nancy). Jeffy witnessed his sister getting accidentally hit by a car, which forced him to always wearing a helmet. 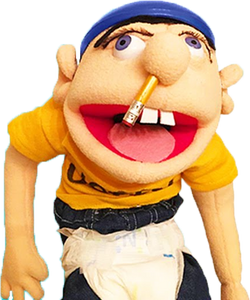 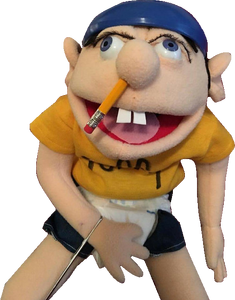 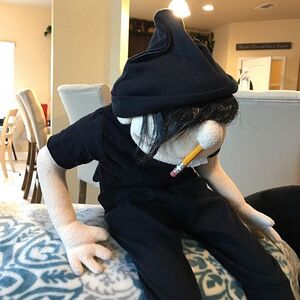 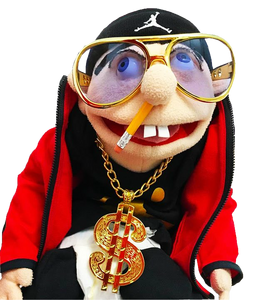 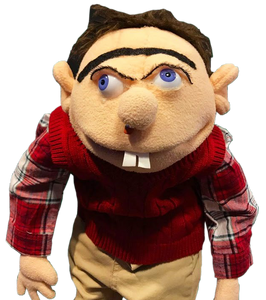 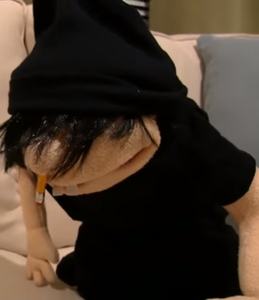 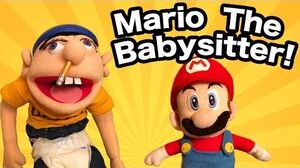 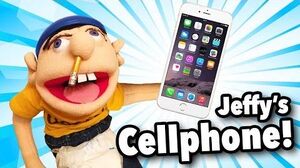 SML Movie Jeffy's Cellphone!
Add a photo to this gallery

Retrieved from "https://villainsfanon.fandom.com/wiki/Jeffy_(SuperMarioLogan)?oldid=131256"
Community content is available under CC-BY-SA unless otherwise noted.