One of Bowser Junior's friends

Hanging out with Junior

Joseph (also known as Joseph HisFriendFromSchool) is a main character in SuperMarioLogan.

Joseph can be friendly but he is shown to be arrogant, mean and cruel as he thinks Cody is weird and gay, because he has a Ken doll with him constantly. Junior and Joseph usually tell Cody that Ken is "just a doll" and think that Cody is a weirdo.

Joseph also seems to act like a teenager or a young adult.

Despite being mean to Cody, Joseph sometimes gets along with Cody.

Joseph also has good intentions when he tells Junior not to throw the corn dogs because he will get the corn dog curse in Bowser Junior's Curse! and when he agrees with Cody by saying that he was point since Junior murders people with the button and he was also hiding the button to prevent Junior from killing people in The Magical Button!.

Joseph is one of Bowser Junior's best friends alongside Cody.

He was the replacement of Koopa Troopa, who looks just like him.

Even though he is a protagonist, he is also an antagonist because he hated Cody and insults him (although he can be friends with him).

He was also the main antagonist of the Pokemon series.

He also appears in a real life series called A Project Guy. 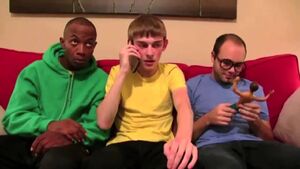 Retrieved from "https://villainsfanon.fandom.com/wiki/Joseph_(SuperMarioLogan)?oldid=128912"
Community content is available under CC-BY-SA unless otherwise noted.