He is voiced by Chris Netherton, also known as Pablo Sanchez, but according to some fans, he sounds similar to actor/voice actor Patrick Warburton. Netherton also voices Bully Bill, Brooklyn T. Guy, Cody, Craig the Devil, Does Bad Things Guy, The Loan Dolphin and Nancy.

David Winkle was born sometime in the 1960s or 1970s in Detroit, Michigan, but claims he was born and raised in Kentucky. Sometime later, he moved to Pensacola, Florida.

When Mr. Winkle walks in the classroom while Joseph was about to give Bowser Junior his 5 gum, he takes the gum, saying "No gum in class, kids". He tells the class that he was born and raised in Kentucky and said that he is a convicted sex offender. He is also glad to know that his students, due to their age, don't know what it means except for Cody because his uncle was a sex offender. Then, he asks Zelda, Patrick Coleman, and Toadette to introduce themselves while playing a game of duck, duck, goose. Afterwards, Mr. Winkle is about to teach something before the bell rings for lunch time.

When Cody decides to hide in the bathroom, Mr. Winkle says "that's hot", implying that he sexually assaulted him. Mr. Winkle teaches the alphabet during class. Mr. Winkle assigns homework for three girls including Zelda, to bring their underwear for a science experience and assigned everyone to add him on Facebook as the homework. Emily tries to explain that they don't have Facebook accounts (for being in first grade), but Junior bullies her. Mr. Winkle orders Emily and Samantha to switch seats. Class ends and Junior asks his friends if they want to hang out, but Cody had to go therapy, Toad had to finish his album, and Joseph said that he has basketball practice. Junior starts complaining that he lost his "girlfriend" and can't hang out with any of his friends.

Mr. Winkle asks Emily about her homework (bringing underpants to the class), but she tells him she did not bring her homework because her mother told her that bringing underpants was inappropriate. Mr. Winkle gives Emily an F, tries to calm down, and asks if anyone else brought their underpants. Cody did bring his but Mr. Winkle didn't want underpants from him. Mr. Winkle told the class to line up for picture day but really wants the pictures for himself. First, he takes pictures of Emily's "goodside" and Samantha. Then he takes a picture of himself, Patrick and Felipe. When Mr. Winkle takes pictures of Junior, Officer Goodman confronts and arrests him for taking inappropriate pictures of the students. Goodman then explains that Mr. Winkle got arrested for being a pedophile and that he will be replaced with a new teacher.

In the conference room, Principal Steinbeck tells the adults that they goofed when they realized that Mr. Winkle was a pedophile. One night, after the events of Bowser Junior's 1st Grade! Part 4, Mr. Winkle has somehow escaped from prison.

After an episode of "Doofy the Dragon", Mr. Winkle is heard on the news that he escaped from prison last night and he's coming for a hundred children. Mr. Winkle returns to school disguised as Jackie Chu and fools everyone (except Cody and Jackie Twu). Junior asks to point out hot places in the world. Junior points at the north Atlantic Ocean, but Mr. Winkle tells him that it's pretty cool. Junior points at South America, but Mr. Winkle tells him to go sit down. Mr. Winkle tells the class to break up into groups of three to draw their own planet and whoever makes "the hottest planet", wins a bag of 150 pieces of LaffyTaffy and they get to come home with him.

Junior, Joseph, and Cody have an argument whether if the Sun is a planet or a star (which it is). Patrick and Toad draw a planet out of mozzarella cheese and onion rings while Junior and Joseph draw the "Mega Sun 2" and they show it to Mr. Winkle, but he says that there could be hotter planets. Junior and Joseph decide lit their drawing on fire. Patrick shows Mr. Winkle his drawing, but he doesn't find it to be hot. As Junior and Joseph show their drawing, the fire alarm goes on. Mr. Winkle orders the class to sit in the corner and whimper, just as the firefighter from Brookyln comes in and tells them to get out of the school immediately. The firefighter dresses as a police officer, recognizes Mr. Winkle as the pedophile from TV and arrests him.

Mr. Winkle makes a cameo in Bowser Goes to the Movies!.

Mr. Winkle was mentioned as the serial killer in The Gun!, in which he murdered 15 children at a playground with his gun. 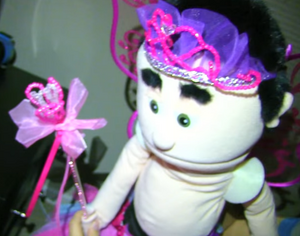 Mr. Winkle dressed up as a tooth fairy.
Add a photo to this gallery 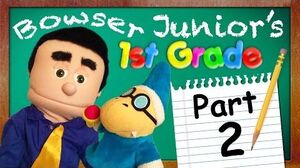 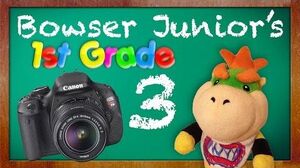 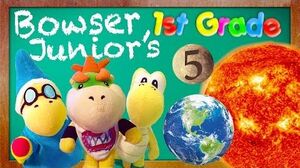 Retrieved from "https://villainsfanon.fandom.com/wiki/Mr._Winkle?oldid=148218"
Community content is available under CC-BY-SA unless otherwise noted.