Start a Wiki
NOTE: Even though Nancy is not dead in the SuperMarioLogan videos/franchise, she was added to the deceased category because she died in the Puppet Pals videos.

Get her son Jeffy back in order to make millions (in Jeffy's Parents!, failed)

Nancy is a villain in SuperMarioLogan's YouTube videos. She is an abusive, and alcoholic prostitute who is Jeffy's real mother, who gave birth to him at a porta potty.

She was also mentioned in Mario The Babysitter, Jeffy's Sister, Drawing Jeffy and Jeffy Has Kids.

Nancy is an abusive, arrogant, greedy, and foul-mouthed parent who enjoys smoking and drinking coffee and alcohol. She doesn't care about her son, Jeffy and she is very mean to him, and frequently abuses him.

Nancy appears to be a fully-grown caucasian woman with muddy blonde hair, broken teeth, red lips, and brown eyes with blue eyeliner. She wears leopard print pants and has tattoos on both her right and left hand.

In the early 2000s, Nancy met a French painter named Jacques Pierre François and married him. Nancy started working as a smoker and a prostitute. On August 21, 2004, she gave birth to Jeffy at a portable toilet. She also gave birth to Feebee. She never let Jeffy attend to school (which explains why Jeffy was extremely dimwitted). She took Jeffy to Pensacola, Florida as an illegal immigrant.

Before Mario The Babysitter!.

On January 24, 2016, Nancy drove to an apartment complex, decided to stop being Jeffy's mother and ordered Jeffy to find a new mother and father, but he didn't wanted a new mother and father and wanted to live with her. However, Nancy didn't wanted to live with him, because she finded him "ugly" and "stupid", and a waste of her time. Jeffy asked her if he forgets his name, so she wrote his name on his shirt and put a post-it note saying "Please Babysitt.....sorry", lying by saying it says that he's a good boy. Nancy drove off and left Jeffy at the apartment. He came across the apartment door 10317 where Mario lived (at the time), and met with him for the very first time.

On January 23, 2017, Jacque Pierre François committed suicide while making a painting called "The Suicide", and left his million dollar fortune to his only child Jeffy. Goodman calls Mario from the apartment complex, stating that Nancy wants her son Jeffy back. Upon hearing this, Mario instantly gets overjoyed while Rosalina and Jeffy were upset. He and Rosalina get Jeffy ready to see Nancy at the front door.

Nancy shows up at the door and asks for alcohol, despite being pregnant. She then proceeds charge Mario a dollar to spit on him, even though Mario said no. Nancy says that she dropped Jeffy because she needed somebody to take care of him while she was at a grocery store, but Jeffy tells the real story. After Jeffy tells the real story, Nancy beats him for "lying" and Mario tells Jeffy to leave with her, but Jeffy and Rosalina are both reluctant. Nancy eventually forces Jeffy out. Rosalina gets furious at Mario for letting Nancy take Jeffy away, and leaves him (almost breaking up with Mario). At the car, Jeffy still does not to go with Nancy. She tells him that his father was a famous painter who passed away, and left million dollars to him, so when he turns 18, all the money would be Nancy's.

Meanwhile, Mario finds Jeffy's pet hamster Melvin and his cat piano. Jeffy tells Nancy that he's hungry, but Nancy says that he must wait next week until the check comes in before he can eat again. Mario begins to miss Jeffy, even playing with his cat piano. Jeffy gets out of the car window and flees into Mario's house. He begs Mario to let him stay, but Mario still refuses at first, but decides to let him in until Nancy comes to pick him up. A few minutes later, Nancy arrives and lies to Mario that she was getting Jeffy a Happy Meal from McDonald's and he ran away. Mario then makes a call and tells Nancy and Jeffy to sit down. Nancy starts beating Jeffy constantly, only for Does Bad Things Guy (as a cop) to arrive and arrest her for prostitution, child abuse, and many other things.

Nancy appeared in a flashback in Jeffy's Sister Returns.

So far it is revealed that Nancy has escaped prison in search of her son Jeffy.

Appearances that are not part of the SML series

She appeared in the Puppet Pals version of Jeffy's Parents when she came into the house and gave Jeffy kisses and when Jeffy said he didn't want to come home with Nancy, she tells Jeffy to come home with her. When Jeffy convinces Mario that he doesn't want to go home with Nancy, she takes Jeffy in the car which caused him to cry. After that, Nancy calls Jeffy a bad boy and tells him he won't eat for a week and then Jeffy starts crying over it, so because of this, Jeffy ran away from Nancy. She later arrives at the house and asks Mario where Jeffy is and then tells him that she was going to give Jeffy a happy meal and asks Mario if Jeffy's at the house and Mario says yes and then they both arrived inside of the house. After that, Nancy tells Jeffy to come and then she tells Mario give her and Jeffy a minute and then she tells Jeffy to come to her but Jeffy refuses to come to her. Because of this, Nancy beats up Jeffy but then the unseen police officer interrupts her and asks her whats going on. After this, Nancy gets arrested by The Unseen Police Officer for abusing Jeffy but Nancy convinces the police officer that she didn't mean to abuse her son.

She later appears in a Puppet Pals video called Furious Bob, Purple Evil, Menacing Morgan, Spotty Ball and Destructor Ball's adventure to a new house as she escaped from prison and then she said she was going to give Jeffy kisses but she heated him up instead and said she would never beat up Jeffy even though she beats him up but then she gets arrested by Brooklyn T. Guy.

Nancy later returned as the secondary antagonist of The Vicious Dinosaur returns to town as she comes to the house when it has been revealed that she escaped from jail again as she told Mario that and then Mario wanted to call the cops but Nancy convinced him that she wants to come in the house to see Jeffy and then she smashed one of the house windows. When Nancy broke a window, Beer thought that she was his sister as Beer calls her sister and then Nancy asks who called her sister and Beer said that he is her brother. Nancy did not know she had a brother. She later asks Jeffy if that's him. Beer tells Nancy to go somewhere else but she said that she wants to give her son, Jeffy some kisses. Jeffy tells his mother not to beat him up and then Nancy says that she would never beat up her son even though she beats him up but Jeffy swears at Nancy and tells her that she beats him up. Instead of giving her son kisses, she beated him up and accuses him of lying. Mario told Nancy to stop beating up her son, Jeffy and then Mario wanted to call the cops on her. After Beer leaves, Nancy tells her son, Jeffy to come to her and then she beats him up and accused him of disrespecting her. She tells Jeffy that they both need to go and tells him to come on. Nancy later swears at Jeffy when she tells him to get to her three times and starts beating him up again but then Mario stops her and tells her that he'll tell Black Yoshi to kill her. Nancy asks who Mario is going to tell to kill her and Mario told her it was Black Yoshi. Afterwards, Mario tells Black Yoshi to kill Nancy and Black Yoshi asks Mario who Jeffy's mother is and then Mario shows him Nancy and tells him that Nancy is Jeffy's mother who abuses him. When Black Yoshi found his gun, Nancy asks him why he is pulling up a gun and Black Yoshi says that he has a gun because he is going to kill Nancy. Nancy convinces Black Yoshi not to kill her and says she needs to give Jeffy kisses. Nancy started swearing at Jeffy again and beats him up again but Black Yoshi stops her. When Black Yoshi wanted to kill Nancy, Nancy convinces Black Yoshi again that she needs to give Jeffy kisses which was her last words. Afterwards, Nancy dies as Black Yoshi shoots her with his gun. After that, Black Yoshi said that she died and then she called her a hoe.

Despite her death in The Vicious Dinosaur returns to town, Nancy returned in Puppet Pals The Movie when she saw Beer, Jeffy and Mario as Beer said hello to her as he called her his sister. Then, she was lying about wanting to give Jeffy kisses but instead of giving him kisses, she abused him. After abusing Jeffy, she left along with Beer. She was later seen again when she was on the street with Beer and then they were both caught in the flood. She later dies by the flood making her burn in the fire. 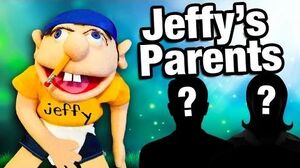 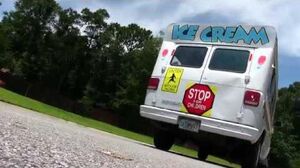 The SuperMarioLogan Movie Teaser Trailer
Add a photo to this gallery

Retrieved from "https://villainsfanon.fandom.com/wiki/Nancy_(SuperMarioLogan)?oldid=126031"
Community content is available under CC-BY-SA unless otherwise noted.