Stalking and trying to kill Sabre and Rainbow Steve.

Shadow Steve is one of the two secondary antagonists in FavreMySabre's Steve Saga. He is an evil, diabolic, and homicidal maniac who seeks to please his master Nightmare Steve by killing Rainbow Steve and Sabre.

Shadow Steve was accidentally created when Dark Steve was compressed inside a bottle, however, a little bit of him managed to escape, which eventually formed Shadow Steve and gave him his possessive abilities

Shadow Steve first appeared to Sabre after making him follow a pathway which lead him to a shrine-like structure which reacted violently by striking Sabre with lightning upon coming into contact with him. This releases Shadow Steve, who is invisible and starts messing with Sabre to try and make him paranoid by running around him. Sabre eventually notices that something is following him and attempts to trap Shadow Steve, which reveals his solid form vanishing and re-appearing. Shadow Steve eventually blows up the machine and escapes to parts unknown.

Shadow Steve eventually finds Sabre with Rainbow Steve and is noticed by him, Sabre quickly builds a machine to trap Shadow Steve, causing him to once again phase out from visible to invisible. However, he once again escapes, this time by using lightning to teleport out.

Shadow Steve starts stalking Sabre again and watches him build another machine. He starts chasing Sabre before he decides to fight Shadow Steve head-on, but his efforts prove to be futile as Shadow Steve takes no damage. He then proceeds to run into Sabre which infects him. Shadow Steve once again chases after Sabre, but is caught and imprisoned in a bigger and better trap, however he manages to escape by taking the entire mountain where the machine was with him, leaving a giant crater in the ground where it used to be.

Sabre's infection grows worse, but he manages to find Rainbow Steve, who is Shadow Steve wearing dyed leather armor. He starts chasing Sabre and eventually possesses his character, taking him into a portal which leads to Sabre's previous machine, which has now been modified to Shadow Steve's liking. However, he is eventually freed by Rainbow Steve, who is actually possessed by Shadow Steve before he manages to fully possess Sabre's account, creating Shadow Sabre, but is eventually locked into a machine and forced out of Sabre's character.

Shadow Steve infects Rainbow Steve, who repeatedly chases Sabre throughout the biomes, in the mean time he also managed to infect Light Steve, but was fortunately cured of the infection. Shadow Steve finds Light Steve's machine and completely destroys it, he then kidnaps Light Steve and traps him. The now infected Rainbow Steve attacks Sabre, but is soon reverted of his infection and absorbed into Sabre. Shadow Steve once again builds a machine which is protected by glass, he fights off Sabre before letting Light Steve free, only to kill him by stabbing him through the chest with an iron sword, fighting off Sabre and teleporting away.

Sabre builds a stone area surrounded by lava and finds Shadow Steve in a Blue Steve temple, where other slaughtered Blue Steve heads lay around the area. Shadow Steve and Sabre start fighting one another before Sabre leads him to the lava arena, de-powering Shadow Steve and leading to the two facing off. Shadow Steve is weakened and tries to convince Sabre to spare him, but it doesn't work, and Sabre uses Rainbow Steve's lightning ability to strike him down, but not before giving Sabre a cryptic message.

Shadow Steve was revived by Nightmare Steve after he built a machine and used shadow stone to bring him back, he was then sent to the Nightmare Dimension where he stalked the trio of Sabre, Lucas and Rainbow Steve before exiting to the overworld and following the group there. He is trapped in a small redstone machine but manages to once again break out, where he then kidnaps Lucas and holds him hostage until he is broken. Shadow Steve then faces off against Rainbow Steve, and proves to be much more powerful than him and escapes.

Shadow Steve once again finds them and starts messing with them, creating paranoia in Rainbow Steve. Sabre then lures Shadow Steve into a machine surrounded by lava, which reverts him back to his solid form and locks him in place. Sabre and Rainbow Steve then encase Shadow Steve in glass, redstone and cobblestone. They then flick the lever which causes lightning and annihilates Shadow Steve. The rest of the shadow stone is then destroyed, ending his sadistic ways forever.

Shadow Steve is represented as a dark, grey figure that appears to be just as dark as Dark Steve.

Shadow Steve first appeared as a mischievous annoyance to Sabre as he kept on following him and wouldn't give him a second alone. However, as time progressed he became a very ruthless, menacing, intimidating, powerful, evil, and psychopathic sadist who only seemed to crave death at every corner. Shadow Steve is extremely sadistic and loves toying and tormenting Sabre and Rainbow Steve, this is especially noted when he tricks Sabre into thinking he is Rainbow Steve, freeing Light Steve only to kill him, and presumably slaughtering a few Blue Steves, showing that he is totally remorseless for his crimes and devoid of compassion for anyone around him.

Despite all this, Shadow Steve is quite cowardly, as he begs for Sabre to spare him and let him go just before he meats his demise. He also lacks the knowledge on how to use Sabre's body, as he's able to get hit, which would naturally surprise him as he is mainly invulnerable to weapons unless weakened.

Shadow Steve acts very much like a parasitic virus, as he can infect people into turning into him so he can control them. Shadow Steve is able to turn invisible, fly, teleport, create coal blocks like Dark Steve, and can use lightning, he's also fairly skilled in combat, but is still quite weak in hand-to-hand combat. Shadow Steve can also fully possess a body when his infection is spread enough, and can even lock players out of their accounts, but is still susceptible to being locked into machines and separated. Shadow Steve is quite manipulative, and able to create convincing disguises to fool people, although he only did this once and posed as Rainbow Steve with dyed armor. 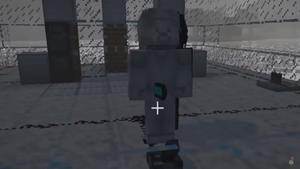 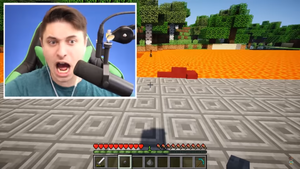 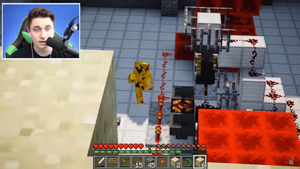 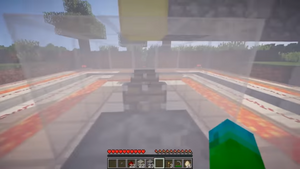 Shadow Steve is destroyed for good.
Add a photo to this gallery

Retrieved from "https://villainsfanon.fandom.com/wiki/Shadow_Steve?oldid=132483"
Community content is available under CC-BY-SA unless otherwise noted.