Simmons is a character in the SuperMarioLogan series. He is Brooklyn T. Guy's partner.

He is voiced by Lance Thirtyacre.

Despite being voiced by Lance, he was voiced by Chris Netherton in Jeffy's Paper Shredder! and he was also voiced by Tito Jimenez in Jeffy's Tantrum!.

He has some similarities to his partner, Brooklyn T. Guy and Goodman such having several jobs, having criminal activity and antagonistic roles at times, and appearing a lot. However, Simmons appears in less videos than Goodman and Brooklyn Guy, and he has less jobs than Brooklyn Guy and Goodman. 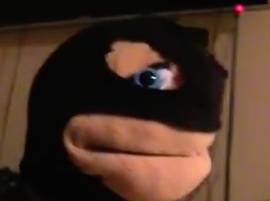 Simmons as a burglar
Add a photo to this gallery
Retrieved from "https://villainsfanon.fandom.com/wiki/Simmons?oldid=138462"
Community content is available under CC-BY-SA unless otherwise noted.