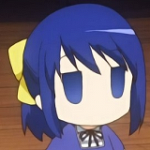 In case anybody asks about the watermarks with my name on my newer pics, it's because I decided to use this tactic for a watermark on my deviantart, which is here:

To date, only a single character designed or used in my stories has ever achieved this category. The sole entry here is none other than Omnicron, and through his actions alone, Omnicron is proven to have both the mind of a childish imbecile, and the capabilities of a Deity that's hellbent on nothing but absolute genocide across all of existence. Prior to this, the only villain in these various stories to ever come this close to making this special version of the Black List was Darigus, but after his Rebirth counterpart, he no longer had any reason to be placed here. Omnicron shows nothing but viewing all of existence as but a game, and will go to extreme measures to cheat against those who believe they've won against it in a battle, even if it means using extreme methods of overkill to ensure any logical threat stays dead and no longer interferes with Omnicron's killing spree. To date, Omnicron has kill no less than a 100 species each year for the past 7 trillion years, completely displacing any kill count record that any other Shiramu-Kuromu villain even remotely had by a landslide. Given how the record is kept track of by species, only a mere 0.0000000000001% of the total deaths caused by Omnicron is equal to the number of deaths caused by the next immediate rank, but the number doesn't even break into the 12 digit numbers by comparison, and that specific record included individuals, not entire species.

Retrieved from "https://villainsfanon.fandom.com/wiki/User:Shiramu-Kuromu?oldid=25506"
Community content is available under CC-BY-SA unless otherwise noted.