View source
Ah, hello there! Welcome to my profile!... Would you like some coffee? I... Really don't know what to offer ya. Anyways, have a look around.

What Service Shall I Be Of You?

The world, where most people exist. :)

Learn from my past mistakes.

Forget my old work (Both succeeded).
Continue Rememberence.
work on more pages (Both ongoing).
Have my name coloured in (Succeeded; Thanks Mr.Jay).

None. I'm pretty sane, despite what others may tell you. :)

Hi there. Welcome to my userpage! I am SleepingGuy, but you can just call me Mawkin/ECHO for short, or in this case; my VFW Persona AUBREY :). I'm an extremely active moderator on this wiki too! Here, you can find some villains, memes and artworks I made! Enjoy your visit; it's pretty cold here. Also, for context, despite what my Persona tells you (which should've been pretty obvious by my username), I'm a guy. Sorry to let y'all down. ;/


Pages I Contributed To

Shitposts I have made

Note: Ones marked with * are uneeded/scrapped, ones with ! are complete, and those with ? are pending. Ones with ^ are my own villains that I voiced.

My favourite villains on this wiki

Favourite villains that I made myself

Villains with the most ammount of heinous acts:

Villains that were easily the most despised (Usually in terms of their vile acts; the second and fifth is just completely bad):

Villains with the most serious presentation:

Villains who I found hilarious:

Villains that I found interesting:

SMG0. May be the best villain I've seen on the SMG4 channel for sure, but poor Axol! Recent things though? God fucking damnit.. 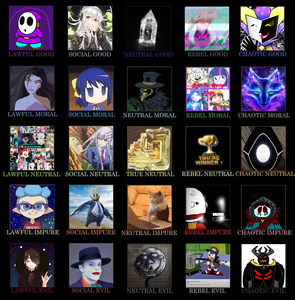 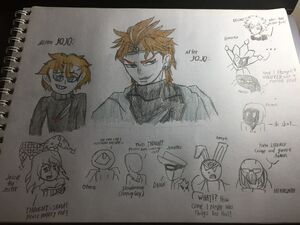 Fanart of THOUGHT as DIO, with a majority of the VFW villains reacting to this. On the bottom left, you can see an upcoming villainess simping for THOUGHT to marry her. (Created by one of my friends, JacobKyleF, with permission from him to upload it to my profile) 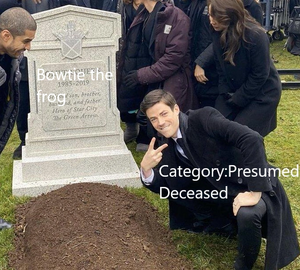 A Bowtie meme I made using this meme template. Should be obvious. 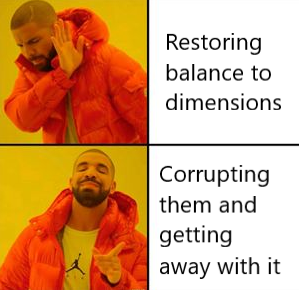 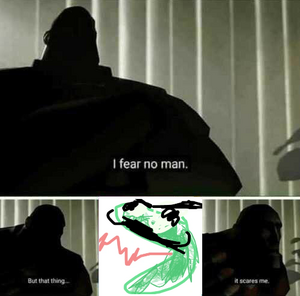 A meme I made for Marty the Meme-Eater; currently have to hide rn because of it. You may also find the meme I fed to it on his page. 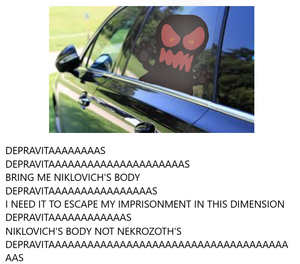 The Founder of Area 47 (concept inspired by the Administrator from SCP foundation), because what's the point in logic anymore?

My accurate sketch of Lord Kymer.

My interpritation of the Trollge. 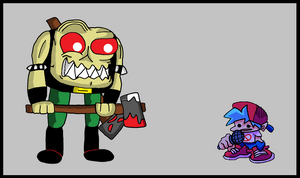 Depravitas as I'd depict him in Friday Night Funkin'. 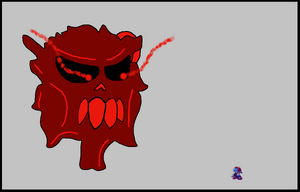 Niklovich as I'd depict him in Friday Night Funkin'. Shared as his demonic form. 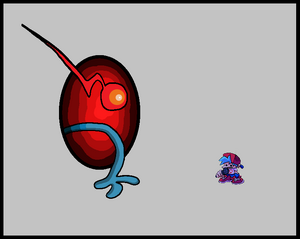 Zero as I'd depict him in Friday Night Funkin' (Beta).

Zero's back, and now that he's in his first phase, Boyfriend seems to be confident that he'd poke it back to where it belongs!

Ditto, but with the background. 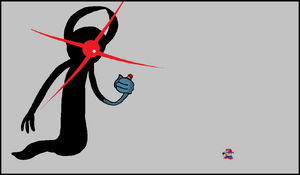 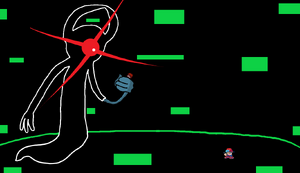 Ditto, but with the background. 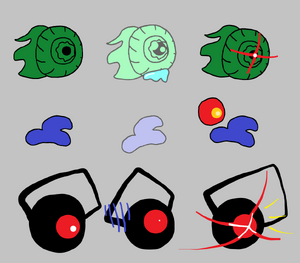 The neutral, danger and winning icons for Zero. 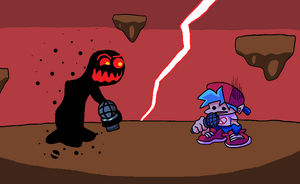 Morbus if he were in Friday Night Funkin' (Original creation by TheAverageDimentio, transformed by me.)

Ditto, but in his left pose, flipping the bird as a Hellclown reference. 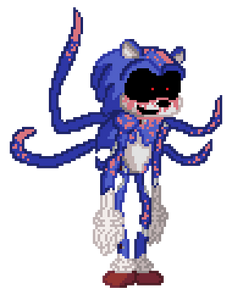 Xylo but in Sprite form. 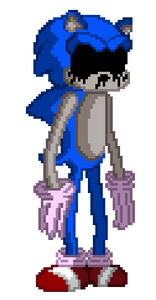 ManaTest, a somewhat heroic, suffering scrapped file that was abandoned by Xylo and buried under one of Green Hill Zone's rocks, and the game's code itself. Only putting him here since he's related to Xylo's story. 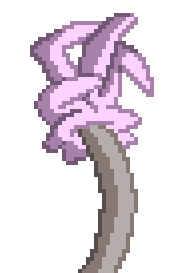 Ditto, but ManaTest's hand is seen, reaching out for help.

A tribute to the memorial quotes, inspired by Ordeaux26's Memorial Quotes from the Villains wiki.

If you either catch a user that matches these users' behaviours, or if you catch some doing the same thing or causing more problems, report them to one of these Administrators for assurance.

The Guardians + My Partners (Friends)